A food delivery rider is taking on Deliveroo in a test case for the gig economy, saying he was sacked without warning at the height of the pandemic.

Deliveroo says it sacked Diego Franco after he had been warned about slow deliveries.

The Fair Work Commission case on Tuesday is the first of its kind against Deliveroo and follows victory for a rider and the Transport Workers Union in a similar case against Foodora in 2018.

The TWU says Mr Franco was sacked by Deliveroo in April after working for the company for three years, leaving the Sydney man and his young family struggling financially.

Deliveroo denies the claim, saying it will be contested in the FWC.

“Mr Franco’s contract was ended after repeated slow deliveries. He was notified of this, however continued to deliver food late,” it said in statement on Tuesday.

“Riders frequently tell us that the freedom that comes with self-employment is the key reason why they choose Deliveroo, and we are defending this claim to protect those freedoms.

“Mr Franco himself regularly made use of these freedoms, which is a flexible way of working that would not be available to him or anyone else if they were an employee.”

TWU national secretary Michael Kaine said the case would be a test for the gig economy.

“Diego is bravely standing up against one of the biggest gig economy companies in the world,” he said in a statement.

“This case could have significant implications paleo diet plans for weight loss the gig economy in Australia and, with the absence of federal government regulation in this sector, this is a way to hold companies to account.”

He said riders were regularly sacked without warning, had no minimum rates, no guaranteed wages, no right to sick leave and no adequate insurance cover if they were injured or killed while working. 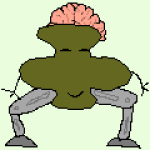